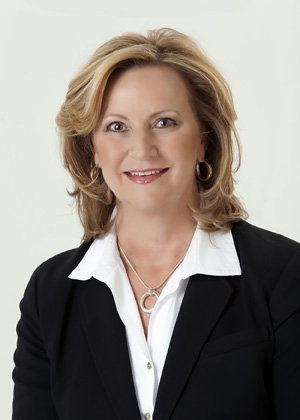 Deborah Baisden has been a licensed REALTOR® since 1989. She is a consistent top producer in the Hampton Roads area with Berkshire Hathaway HomeServices Towne Realty and has volunteered with her local REALTORS® association since joining.

Throughout her career Deborah has served on many committees and advisory groups organized by the Hampton Roads REALTORS® Association (HRRA). Her activities include serving on the Board of Directors, including being the chairman of the Board in 2004; chairing the Awards Committee for 3 consecutive years; chairing the REALTOR® Foundation; chairing the Resale Committee and Executive Committee and acting as a trustee of the Political Action Committee. Currently, she currently serves on the Executive Committee. Deborah received the HRRA Code of Ethics Award in 2005 and was awarded HRRA Salesperson of the Year twice, once in 1999 and again in 2015.

In 2005, Deborah's service with the REALTORS® Association progressed to include her participation at the state level when she was appointed to serve on the Public Policy Committee of Virginia REALTORS®. In subsequent years, she was involved with the Governance Review Workgroup, Strategic Planning Group, Budget Committee, and Awards Review Group. Deborah served on the Board of Directors from 2008 to 2016 and was State President in 2015. In 2018, Virginia REALTORS® presented Deborah with the coveted REALTOR® of the Year award.

At the National level, Deborah held a position on the Board Jurisdiction Committee of the National REALTORS® and chaired the committee in 2016. Deborah was also involved in a Presidential Advisory Group on Membership Structure in 2012; was a chair on the State and Local Issues Committee in 2019 and chaired the Presidential Advisory Group for Total Electronic Closings in 2019. Currently Deborah is Region III Vice President, overseeing Delaware, District of Columbia, Maryland, Virginia, and West Virginia. Regional Vice Presidents oversee the work of the association and serve as NAR spokespersons; attend their region’s conferences; and chair the regional caucuses held at NAR’s two annual meetings.

Deborah remains passionate about the issues facing our industry and the public we serve.

Before moving to Virginia Beach and beginning her real estate career in Hampton Roads, Deborah obtained a Fine Arts Degree from the University of Waterloo in Canada and acted as the curator of the Art Gallery of Nova Scotia. Deborah is a supporter of the Relay for Life, Samaritan House, March of Dimes, the Children's Hospital of the King's Daughter, and VB Home Now Inc. She lives in Virginia Beach with her husband, Barry, who teaches visually impaired children with the Virginia Beach school system. She and her husband are proud parents of a son, Gregory, who is a graduate of the VCU Criminal Justice program, and a daughter, Alena, who graduated from SUNY at Albany with a Communications Degree. Both have wonderful marriages and Alena and her husband have given them two beautiful grandchildren.